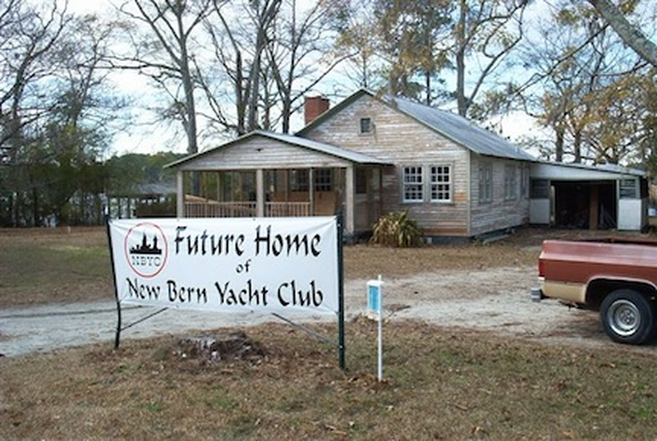 The New Bern Yacht Club was established in 1993.

The seven founding families (the Brown's, the Anthony's, Bond's, Nelson's, Church's, Green's, and the Wachovy's) had come to New Bern from other states and appreciated the quaint, historic city at the confluence of two rivers.  They were developing new friendships with people who enjoy all facets of boating and decided to join together to create NBYC.  The idea of the yacht club was to promote their love of boating and get involved in civic activities on and around the waterfront.

In March of 1993, these members held their first unofficial NBYC meeting to discuss the creation of the organization and draft the bylaws.  The burgee design was created by Marilyn Brown, the first Commodore's wife.  The founding families' burgee had two stars. The twenty charter members' burgees had one star.

The club was involved in all sorts of civic activities, on and off the water.  It provided volunteers for the Neuse River Day festivities and dockhands for the New Bern Christmas Flotilla.  Coincidentally, NBYC won two First Prizes in the Flotilla that year.  NBYC members continue to participate in the Christmas Flotilla and in 2011, thirteen boats were entered, although we did not compete for any prizes.

As the membership grew, the need for a clubhouse became even more evident. Forward-looking members longed for a clubhouse and marina.  They held all sorts of activities which eventually led to the creation of the Property Fund.  Ordinary Fridays became TGIF events, they held Change of Watch galas where new Flag Officers would be installed (now referred to as The COW) and held the first Crabfest in 1993 which became a yearly tradition. Those traditions still hold today and eventually the Property Fund grew along with the membership.

A Property Committee was formed and various properties were evaluated.  The opportunities were looking dim but a lot on Brice's Creek with a dilapidated, 1930's ramshackle home was found overlooking the creek.  The property was in pitiful condition but the open-minded and industrious members of NBYC saw a diamond in the rough. Club members came up with the funding, permits were applied for and received.  Those tasks were completed despite a vigorous campaign by many neighbors on Brices Creek Road who were totally opposed to a bunch of Yankees buying property in their midst. Tons of debris had to be taken away, ceilings and floors had caved in and had to be replaced, cross-members had to be replaced or sistered, windows had to be repaired, roofing, wiring, plumbing, everything imaginable had to be repaired or replaced.  With determination and lots of sweat equity, our clubhouse was born.

After thousands of (wo)man hours and blisters, the New Bern Yacht Club Clubhouse was finally open at 1206 Brice's Creek Road on June 22, 1992.  As years have gone by, improvements have been made with the generous donations of work time by the members.

Along with a new clubhouse came new responsibilities.  Since we were no longer meeting at the Sheraton, food and beverages needed to be provided by the membership.  Since then, members volunteer to bring snacks to the meetings and there is an honor system for beverages.  This is a hands-on club, so members equally share the responsibilities for upkeep and maintenance of the building and the grounds.

In 2004, the club applied for all the permits and were approved to erect docks.  Decks and Docks were contracted to install the pilings and club members provided the means and muscle to construct the first docks.
Over the years,  the club membership has grown and it became evident that the little yacht clubhouse had to grow with it.  Member Charles Bacon drew up the plans for an addition.  Again, members manned hammers, saws and paint brushes  and also provided the money necessary for this project.  Bonds were issued to cover the costs.  So, you see, this clubhouse has significant value to the members in more ways than one.  This spacious addition gave NBYC the ability to hold more events at the club including the annual Crabfest.  The clubhouse is also available for rental for receptions, showers, meetings, and other events.

In 2006, permits were acquired and six slips were added to the property. They provide significant annual income for the club.

As the years roll by, more families come to New Bern and hear of our yacht club.  Membership limits had to be set and we maintain a waiting list.

Today's members are grateful to those first six founding families for their foresight and the hard work they invested to establish the New Bern Yacht Club.

Prepared by Dona Maria Baker, NBYC Historian, with special thanks to Past Commodore Ethel Hess for her contributions.

​Keeping up the grounds 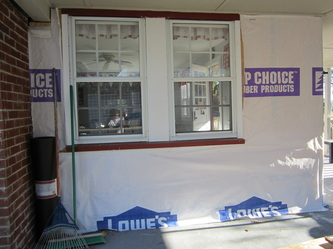 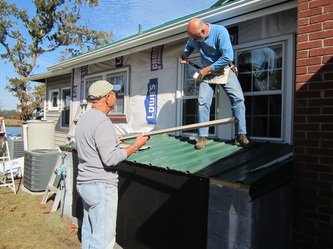 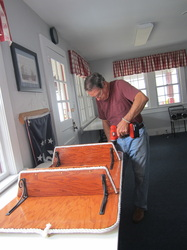 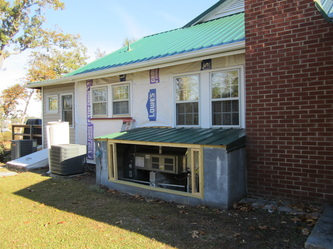 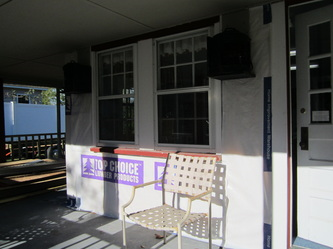 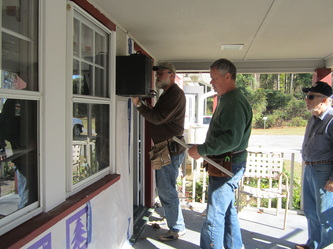 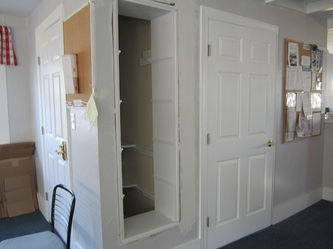 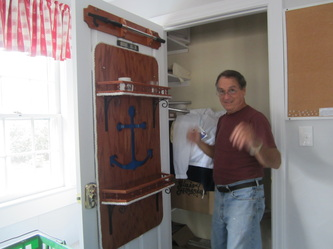 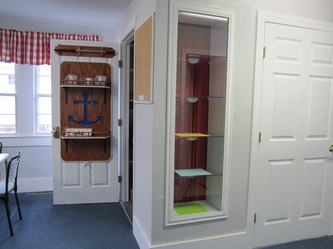 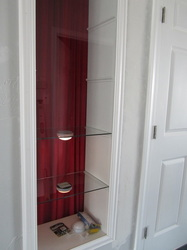 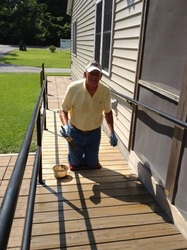 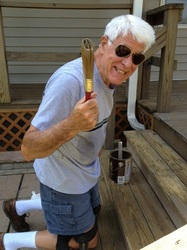 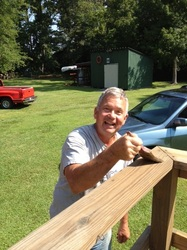 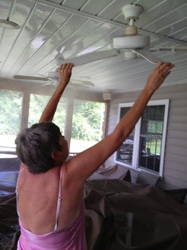 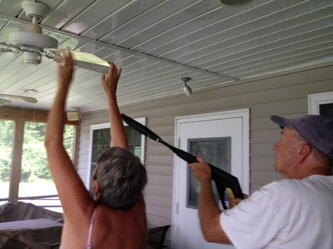 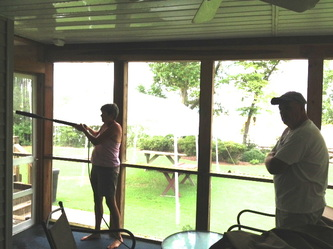 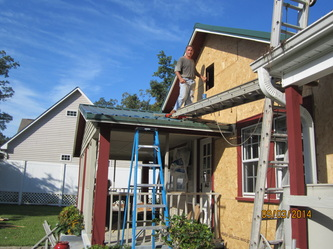 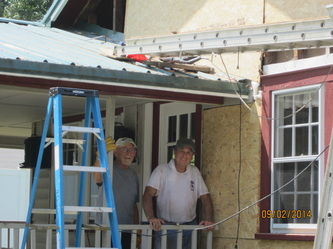 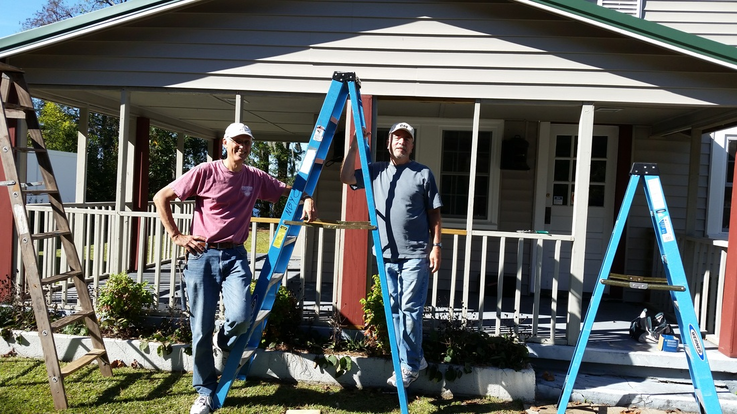 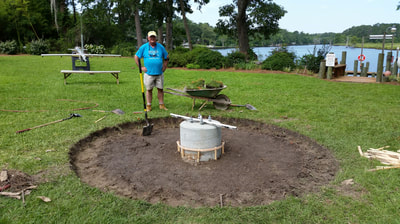 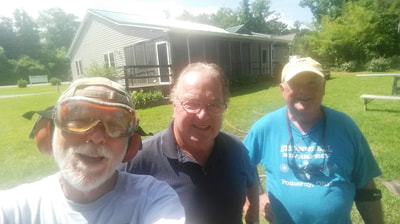 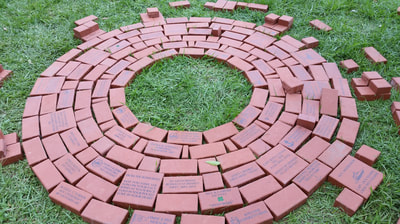 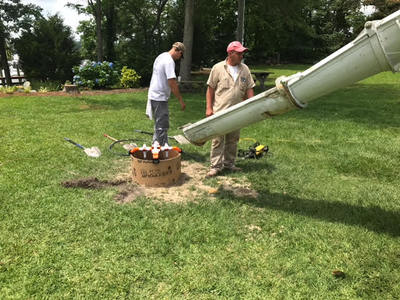 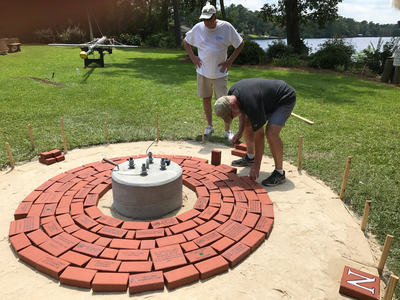 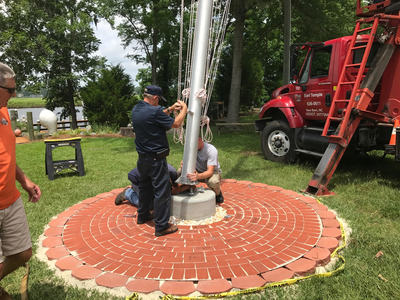 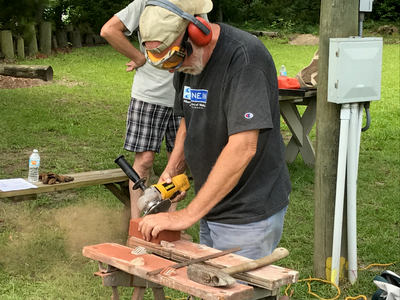 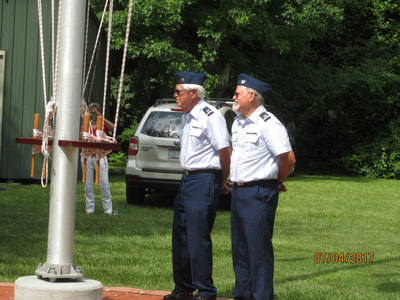 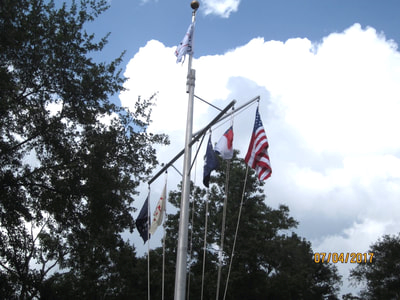